At its peak, the Han Dynasty spanned across nearly all of China. Its early capital, Xi’an, is one of the greatest cities of the ancient world.

1. The Han dynasty started with a peasant revolt

One of the facts about the Han dynasty that shouldn’t surprise you is that this powerful empire was started by a member of the peasant class. To this day, Liu Bang is still viewed as a cultural hero in China, and it was he who overthrew the corrupt dictator of the Qin dynasty and struggled for supremacy of the newly liberated country with his former ally Xiang Yu.Upon winning, Liu Bang changed his name to Han Gaozu… hence, the Han Dynasty. Cool, right?

2. Paper was invented during the Han dynasty

The Han Dynasty was truly a time for invention and science. Paper was created for the first time about 100 years into the Han dynasty. Previous forms of plant-based writing surfaces, such as papyrus, lacked many of the beneficial qualities of the modern style of paper that was invented by a court eunuch sometime around 105 AD. 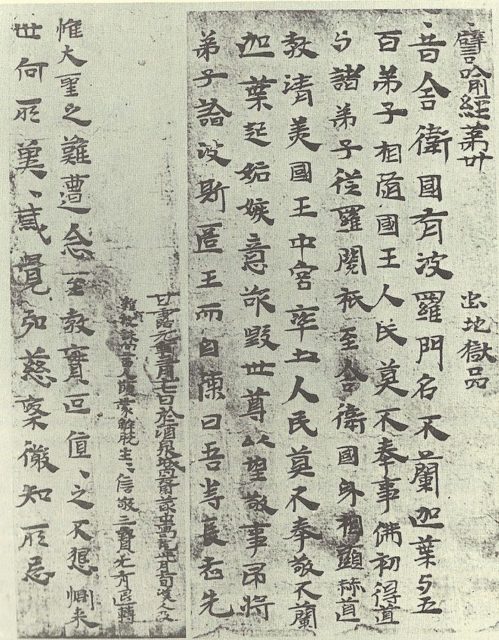 Some other important inventions that occurred during this flourishing dynasty were iron casting, crop rotation, and acupuncture (check out our post on cupping & scraping). There were also many advancements in areas including medicine, agriculture, engineering, building, and astronomy.

3. The Han dynasty was the longest-lasting empire in the area

Lasting for 426 years between the years 206 BC to 220 AD, the Han dynasty had the longest duration of any of the empires that sprang up during the 2,100-year era of Chinese imperial rule.

This dynasty lasted about 100 years longer than similarly long-lived empires such as the Qing or Tang.

4. The Silk Road was established during the Han dynasty

Life for the Chinese merchant during the Han Dynasty was about to be one of great wealth with the introduction of the Silk Road.

The major export of the Han Empire was silk, which led to the formation of the world-famous Silk Road. At its height, the Silk Road stretched all the way from East Asia to Western Europe, and it linked the civilizations of China, India, Persia, Arabia, and Europe together as they had never been before.

Even today, echoes of the Silk Road still ring out in the contemporary Chinese psyche; the Communist Party’s One Belt, One Road (OBOR) initiative seeks to revitalize this ancient trading route and establish Chinese economic and military supremacy throughout Eurasia. Learn more about this great Chinese investment.

5. The Han dynasty and the Roman Empire were almost identical

While the Han and Roman Empires were very different culturally, they were eerily similar in terms of land area and population. According to a census, there were around 57 million people in the Han Empire in 2 AD, and there were about 55 million people in the Roman Empire in 14 AD. At the height of the Han dynasty, this empire covered about 2.5 million square miles, and the Roman Empire controlled about 2 million square miles at its peak.

Historical authorities agree that Emperor Wu, who was the seventh emperor of the Han Dynasty, was the empire’s greatest ruler. At the time, his reign of 54 years was the longest in the history of China, and his record was only supplanted 1,800 years later by the 61-year reign of the Kangxi Emperor. 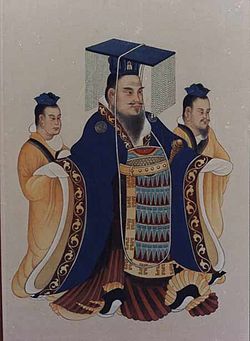 Through his numerous military expeditions, Emperor Wu ushered in the height of the Han Empire’s power, and during his rule, the territory of the empire expanded as far as modern Kyrgyzstan, Korea, and Vietnam. In addition to his military exploits, Emperor Wu was also a patron of the arts, and he wholly supported the poets and musicians who flourished under his reign.

7. The 16-year Xin dynasty divided the Han dynasty in two

The Han dynasty wasn’t without its fair share of turmoil. About halfway through the history of this empire, the Han dynasty was temporarily toppled by an upstart regime known as the Xin dynasty.

This dynasty only lasted 16 years, and it began when rule of the country was passed to Emperor Ping, who was nine years old at the time. To help him rule, Emperor Ping’s mother appointed Wang Mang as regent, but when Mang poisoned Emperor Ping, the regent became the emperor. Ultimately, a noble-born Han loyalist known as Liu Xiu restored the rule of the Han Empire.

8. The Han Era is split into the Eastern Han and Western Han dynasties

9. The Battle of Red Cliffs was one of the biggest battles in history

One of the least-known facts about the Han dynasty is that the Battle of Red Cliffs was just as big, if not larger than, many of the modern battles fought during the Napoleonic and World Wars. This battle occurred in 208 AD as the Han Empire was dividing into three warring kingdoms. Led by Cao Cao, the northern kingdom attacked the southern kingdoms led by Zhuge Liang, and it’s estimated that between 250,000 and 850,000 soldiers took part in this epic battle.

10. The Han dynasty was ended by a peasant revolt

As we mentioned earlier, these facts about the Han Dynasty both start and end with a peasant revolution.

Revolutions always start with the best intentions, but over time control and power can fall off course. Nowhere was this more the case than in the Han Empire; eventually, the excesses of the last two emperors of this dynasty forced the peasants to rise up.. Again. Read more about the Han Dynasty’s collapse here. The aftermath, for China, was chaos for the next 350 years, as the Han Dynasty was split into 3 separate kingdoms.

With these facts about the Han Dynasty under your belt, you are more than ready to tackle those hot tourist spots in China! As your trip nears, we recommend you consider some of these packing tips in our guide What to Pack for China. We include some tips such as the best VPN, SIM card, as well as travel guides. Safe travels!