Understanding the Awesomeness of the Menu del Dia in Colombia 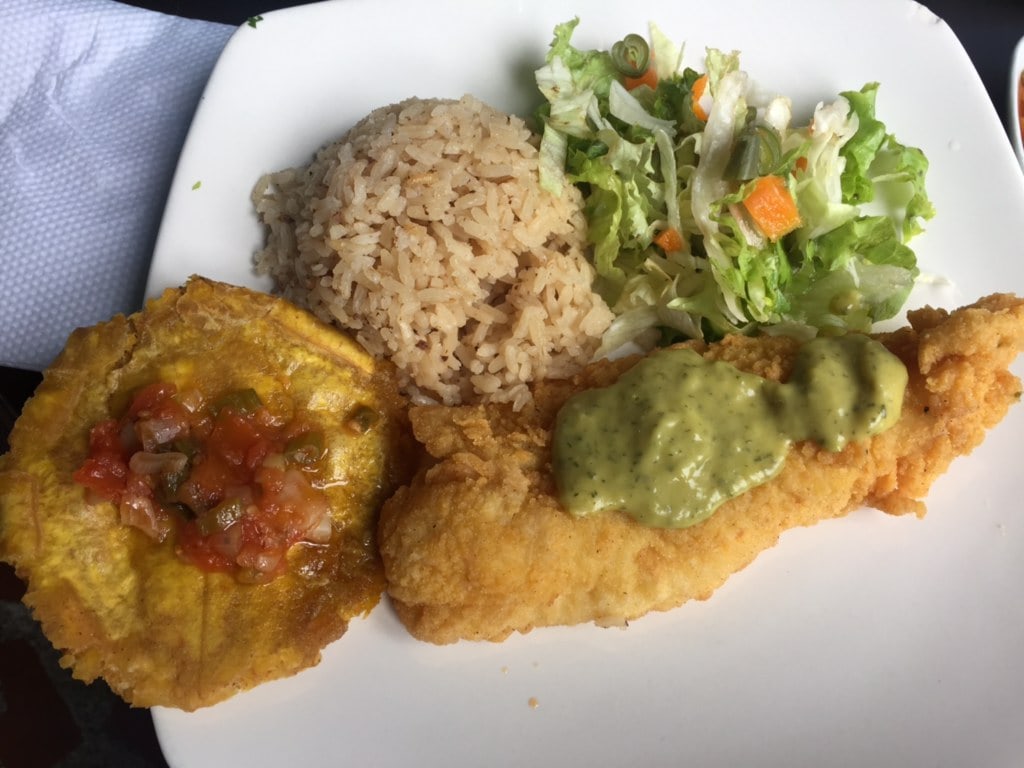 Translated as “menu of the day,” the menu del dia is just what it sounds like – a menu of Colombia specials that changes daily.  Even if you’re not in love with Colombian cuisine, the fact that the price of the menu del dia rarely gets above 10,000 COP is reason enough to give a try.

When we first arrived in Colombia we spent a ton of time walking around the area of our Airbnb and were surprised with how many restaurants were advertising these lunchtime specials – you’ll notice them immediately because they almost always have a chalkboard hung out front or standing on the sidewalk.  Coming from America where lunch specials are nothing to write home about, it wasn’t until our landlord pointed out that the restaurant under our building had a really good menu del dia that we gave it a try.

The result is that we now enjoy a meal from the menu del dia at least once a week and have branched out to other spots in our neighborhood – the best part is that the menu’s all change daily so it’s rare to have the same combination twice, especially when moving between restaurants.

The History of “Menu del Dia”

The backstory on how the menu del dia came about is interesting – it is descendant of Spain, specifically during the time of Francisco Franco who mandated all workers must have access to an affordable midday meal.  The result was the menu del dia, a mean that has since transcended borders and is now available in other Latin American countries like Peru and Argentina.

What to Expect from Your Meal

The menu del dia is traditionally 3 courses with a soup or salad followed by the main dish and then a desert – it also typically includes juice.  For an example of what this might look like just check out the image at the top of this post – it was our most recent menu del dia and included the following:

Obviously, the main attraction is the main, which in this case was a great piece of fish that was pretty close to what you’d get from a fish and chips meal.  As I mentioned earlier, the menu rotates based on the day and there is no shortage of combinations that include steak, chicken, different veggies and even pastries for dessert.  If you need more variety simply try another restaurant – each has its own take on the meal.

How to Order the Menu del Dia in Colombia

If you speak Spanish then you obviously won’t have any issue here, but if you’re like us and your Spanish is broken or non-existent then here is a little cheat sheet on how to approach ordering your first menu del dia.

Second, choose whether you want a salad or soup – usually, you can just say “ensalada” or “sopa” and that will suffice.

Third, decide on your main – there is usually a choice so listen for words like “cerdo,” “pollo,” and “pescado” which are pork, chicken, and fish respectively.  Even if you don’t understand the rest you should be able to choose one.

Lastly, you’ll want to choose your drink – juice and lemonade are typically the only things included in the menu del dia but you can order other beverages for an upcharge.

That’s pretty much it – the menu del dia has been a game-changer during our time in Colombia – for times when we don’t have food to cook or don’t want to spend a ton it’s nice to know we can get something good for about $3 US! 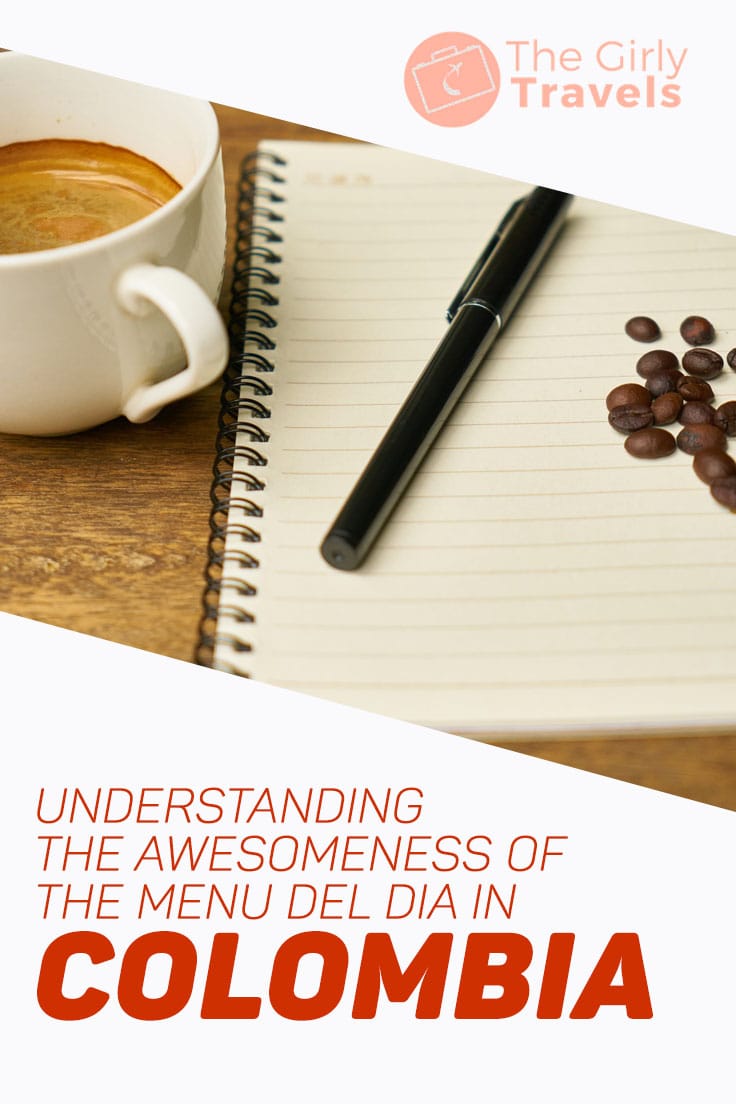