by The Girly Travels 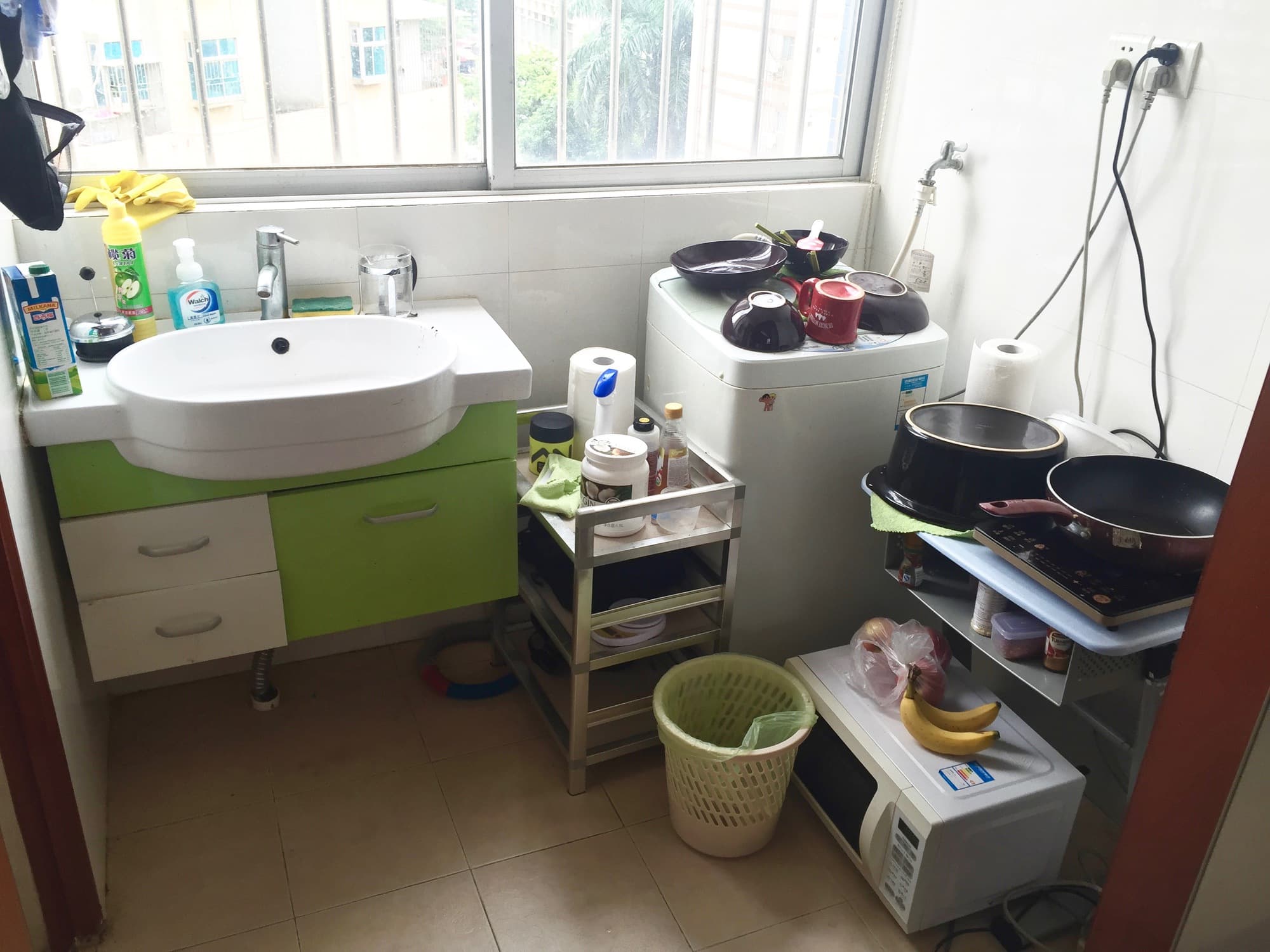 Not everyone heads to China to travel, there are also thousands working in various jobs from finance to teaching English.  No matter what  your profession is, transitioning to a new country is never easy but most schools in China try and reduce the stress by providing free housing (or housing stipend).  I say most schools, because there are always exceptions, especially in China.

I came to China in 2014 to teach through a US-based program called CTLC, which has since merged with a new Chinese-based program called CIPTIC that helps place native English speaking teachers in public primary schools throughout Shenzhen, China’s southern city bordering Hong Kong. We did not have the option of choosing the housing stipend to find our own Chinese apartment, which generally runs about 3,000 – 4,000 RMB per month.  Instead, the school we were assigned to would provide us with free, basic accommodation on campus as well as complimentary breakfast and lunch during the week.  This is very convenient for those who are new to China, as finding a place to rent is a daunting task in any big city, not to mention in a country where most of the residents have little to no working English vocabulary.

What We Were Guaranteed in our Apartment

Our ESL Chinese apartments were guaranteed to come with the following items: hot plate, kettle, rice cooker, television, phone, a bed, a western “sit down” toilet, a washing machine, and air conditioning in our respective bedrooms. The majority of free on-campus housing was similar to a dorm room you probably had in college. In essence, a studio with a small functional kitchen as well as bathroom. No bells or whistles, just basic living. Some more fortunate teachers were provided an apartment. If the school was able to provide an apartment, they generally had multiple teachers, meaning you shared the apartment with other ESL teachers working at your school.

After teaching ESL for 3 years at 3 different schools that provided on-campus housing, I have to say that none of the places I lived in were nice. But they were functional. Which is about all that you can ask for when it’s a free place to sleep.

My first year, I was one of two teachers working in the Yantian district of Shenzhen. We both had our respective dorm-sized studio apartments on the 8th floor. I should also mention that schools in China do not have glamorous apartment complexes on campus. These apartments have no elevators, so every day when I decided to leave my apartment, I had to walk down 8 flights of stairs and then back up 8 flights of stairs to get back. Suffice it to say, my booty had never looked better.

Here are some images I took of my first Chinese apartment in China: 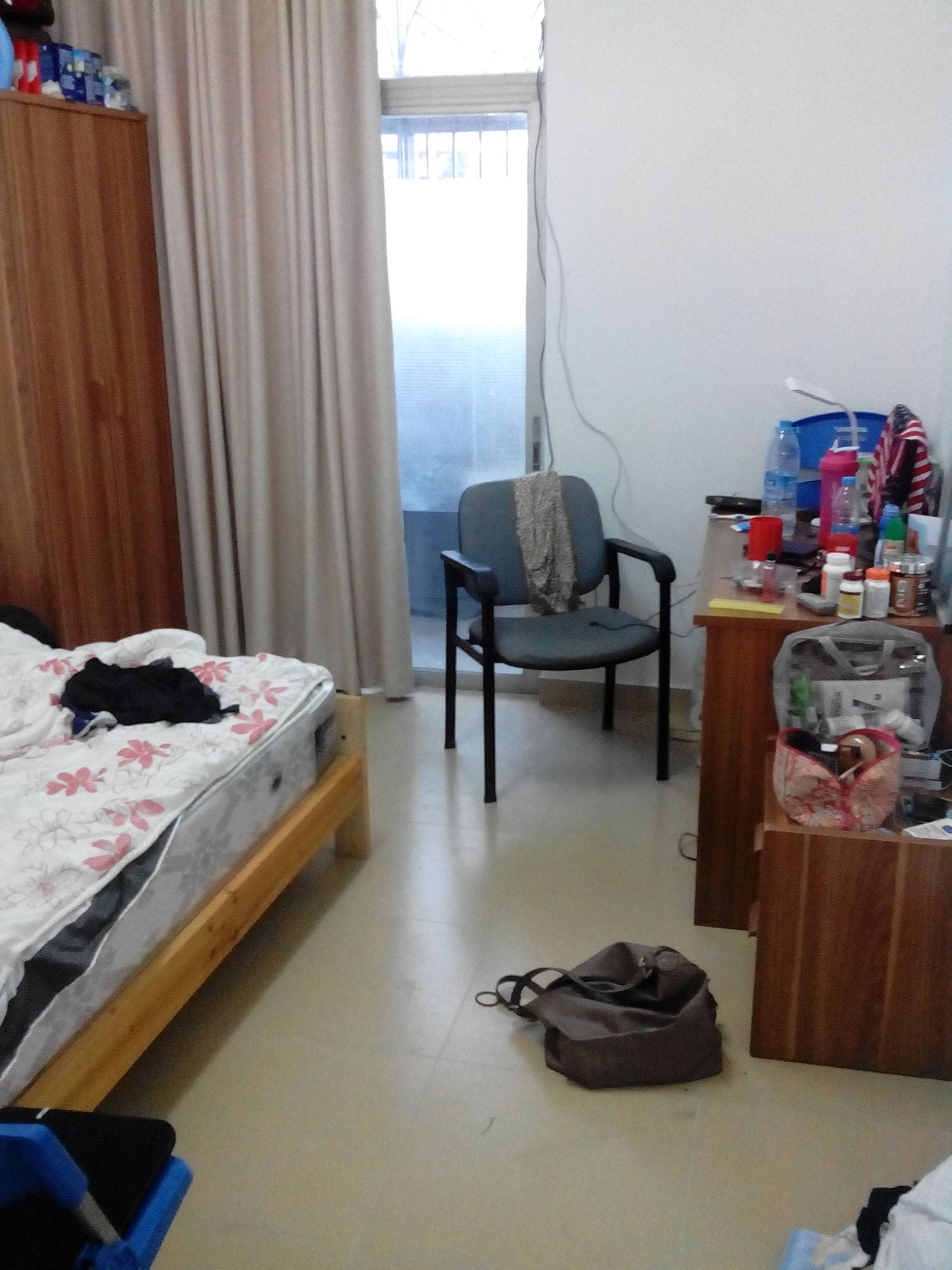 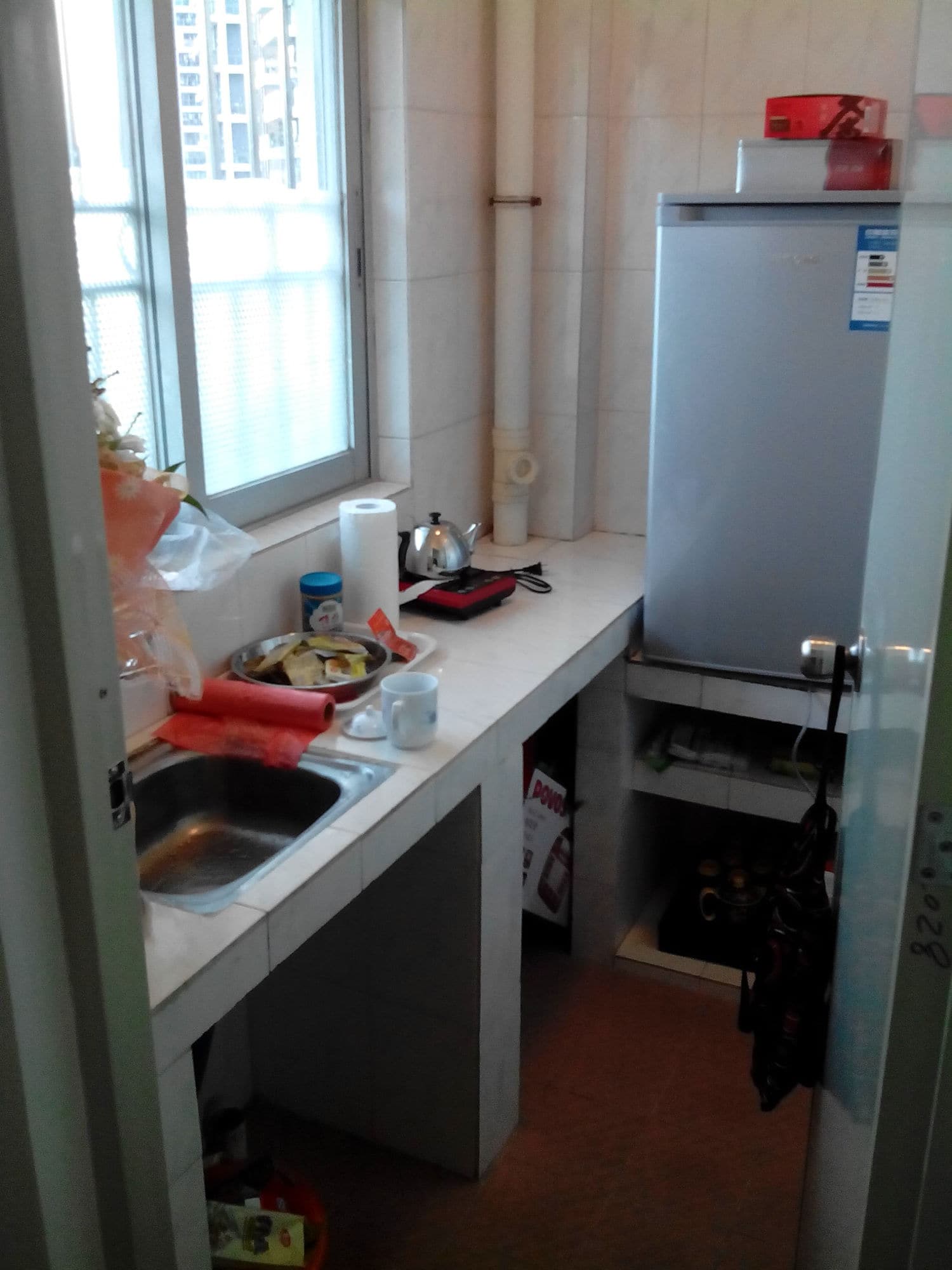 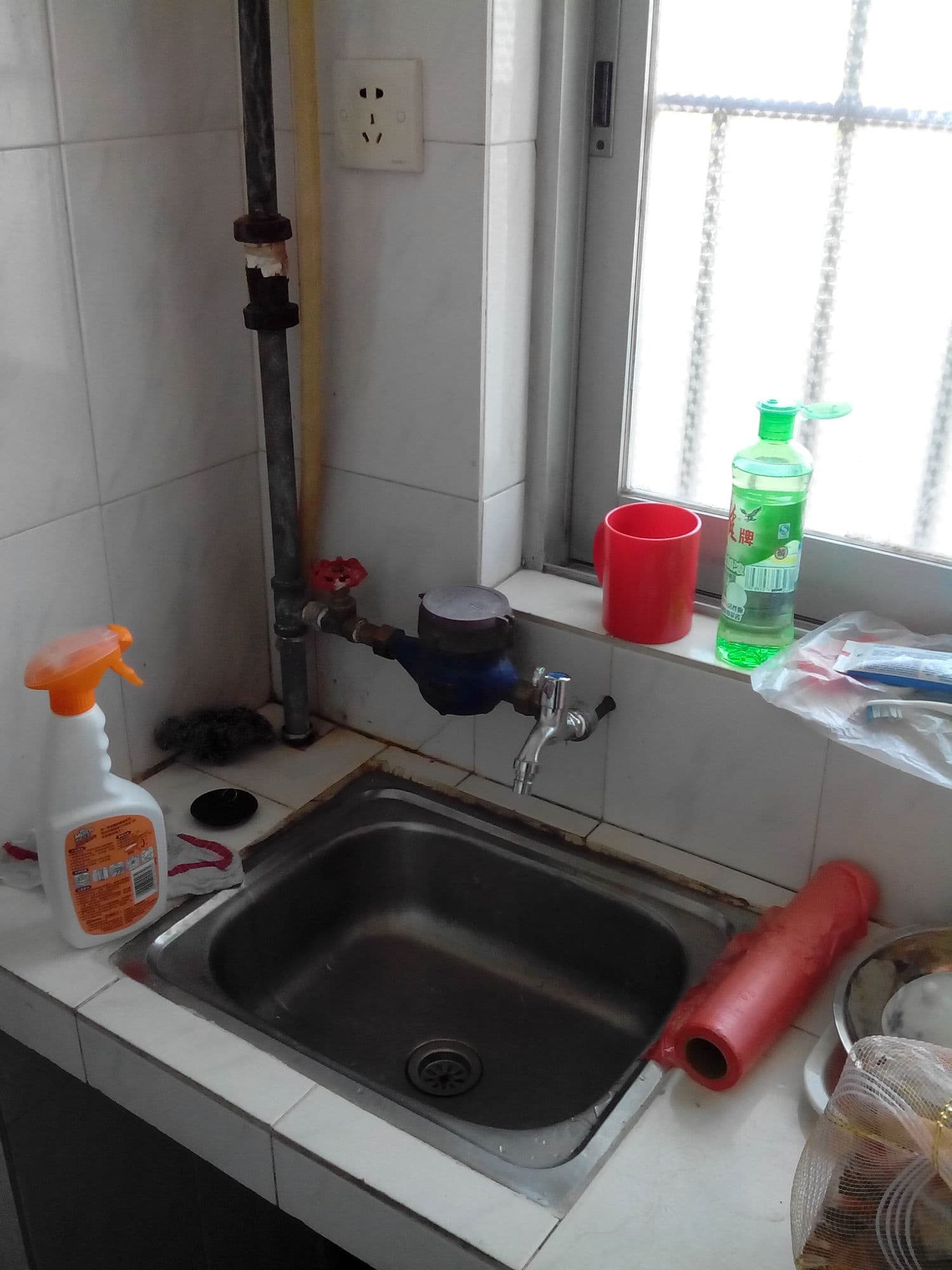 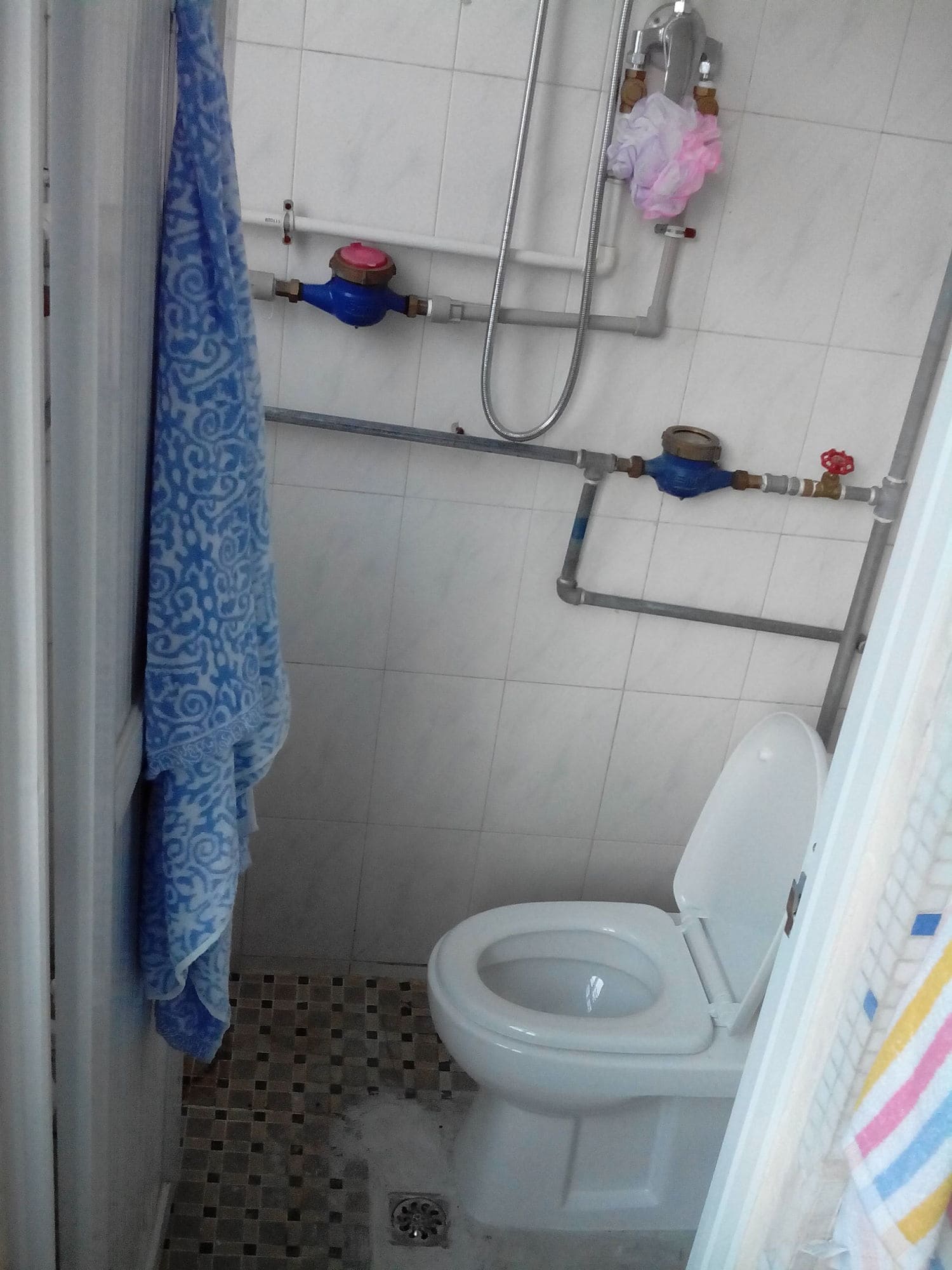 My second year teaching, I had requested to be living in the Luohu district of Shenzhen. My wish was granted by CTLC and I was placed in a nice school close to Dongmen with a two-bedroom apartment on campus. My roommate was also an ESL teacher at the school. This apartment seemed much nicer than my first year studio, yet its location on the ground floor at the school made it noisy and extremely wet and humid (the weather in Shenzhen didn’t help).

Have a look at year 2 of free Chinese apartments provided by public schools in Shenzhen: 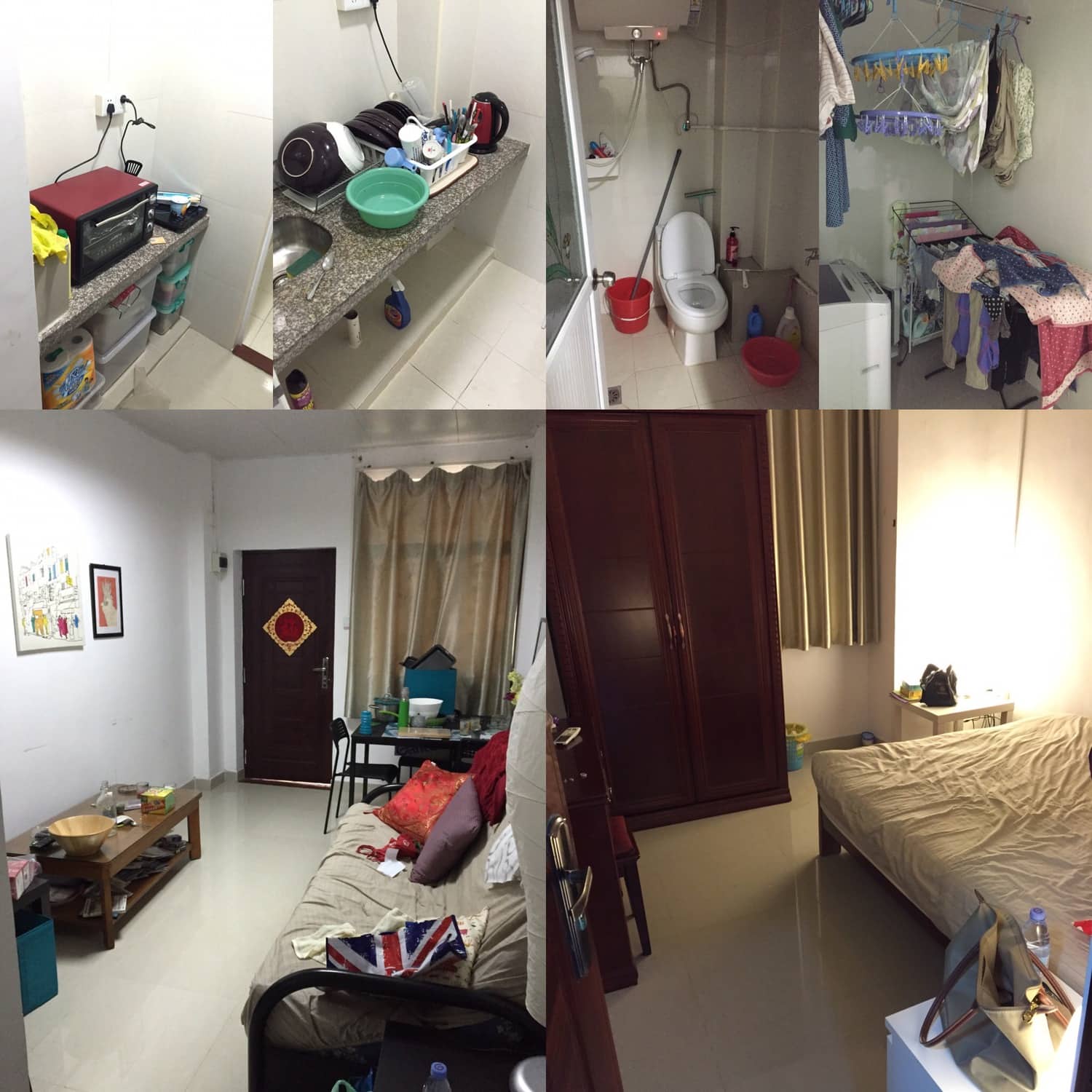 My third year in China, overall, had the best on-campus housing for the teacher. I was living in a very nice neighborhood in Nanshan, Shenzhen called Shekou with lots of shops and services like cupping within walking distance. Although a very small studio, it was really functional and had all the requirements for living well with some careful planning. So much so that I was even able to move my boyfriend in to share the tight quarters.

And this studio is as compact as I’ve seen ’em. But with planning and a little bit of moxie, it’s been possible to scrape together a functional living area with most things already in the apartment.  Obviously, purchases could be made to pimp up my pad, but that would be too easy (but really I mean costly).  I’m a cheapskate.

Let’s take a tour of the pad, shall we: 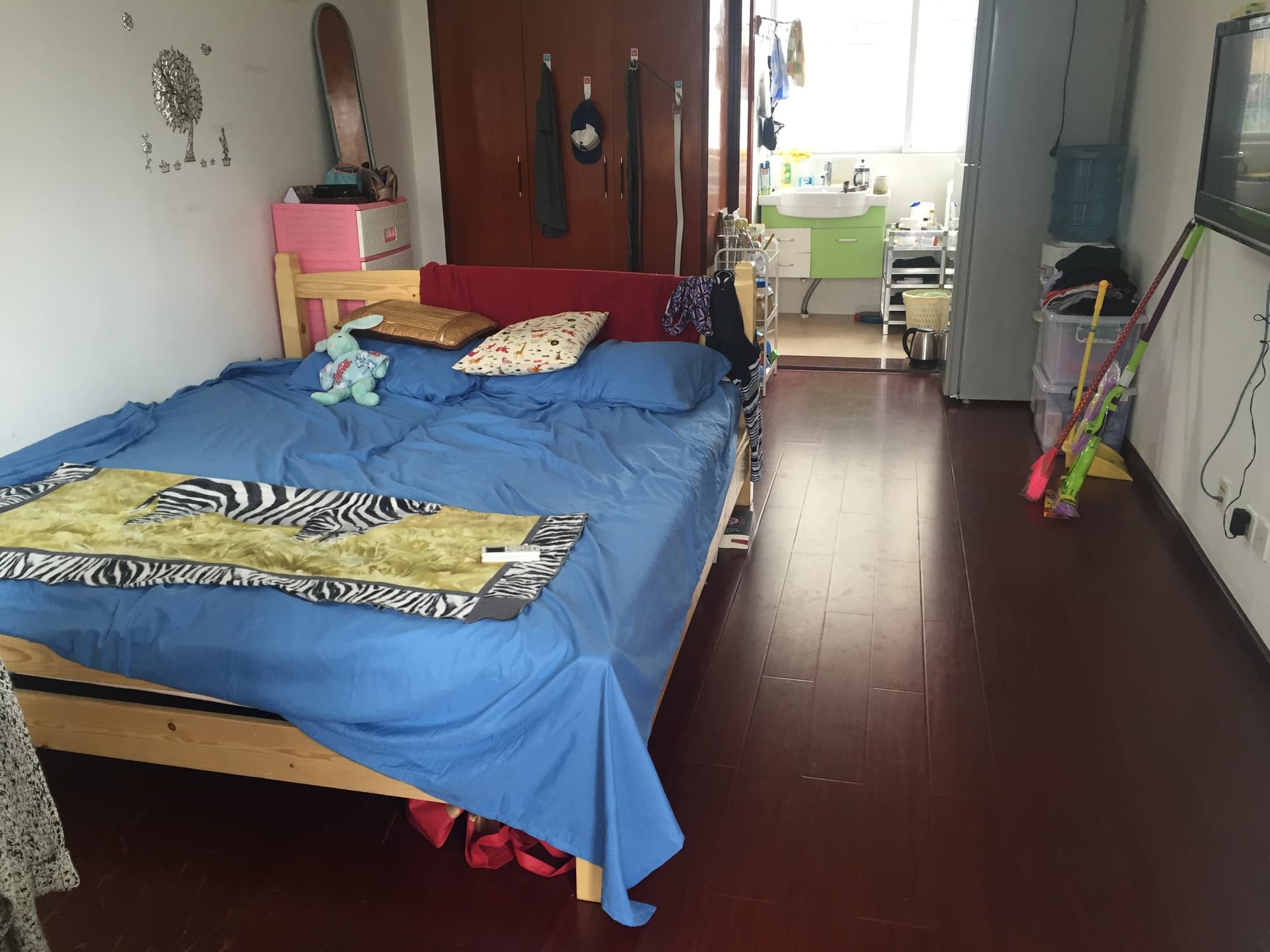 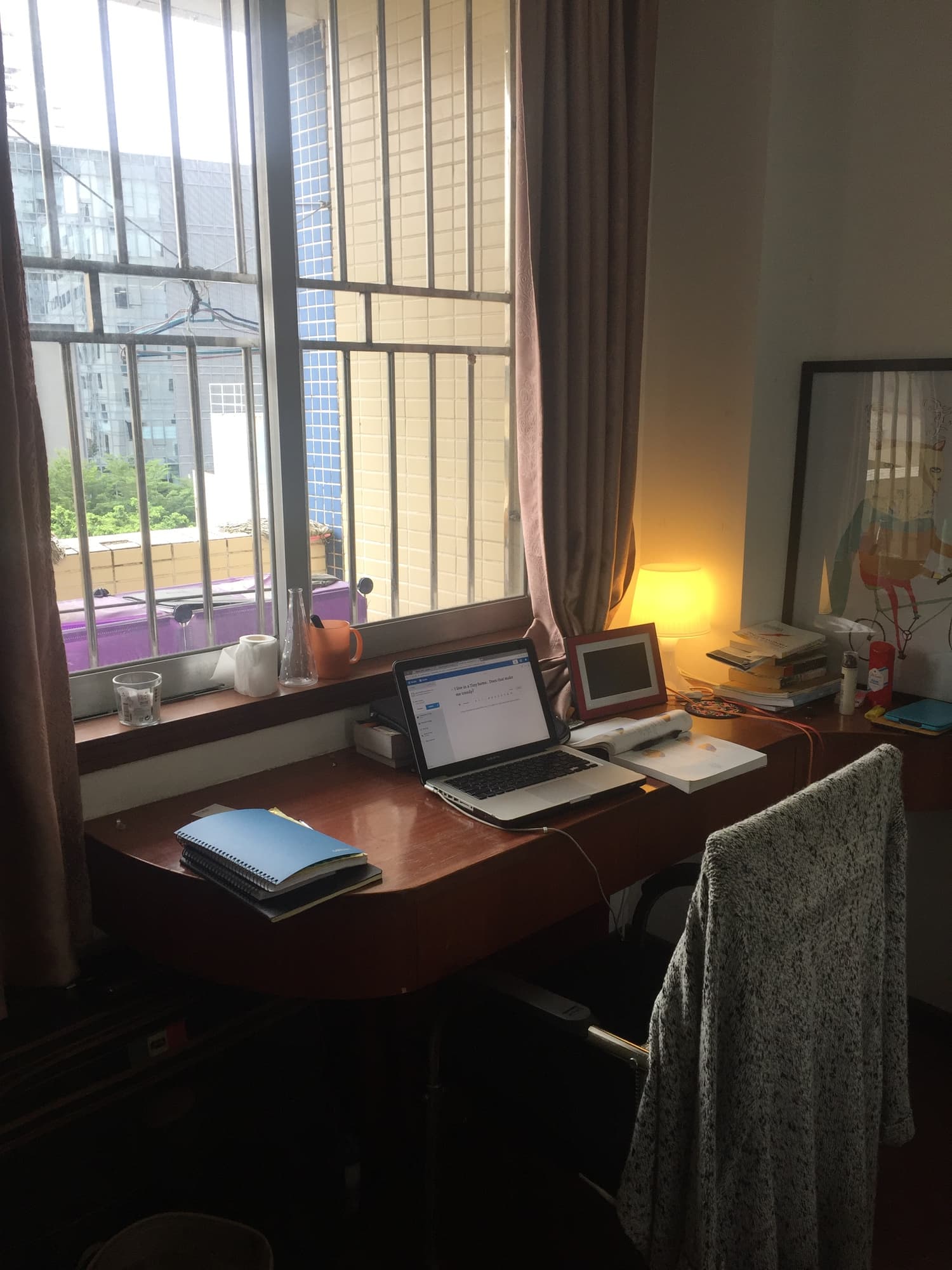 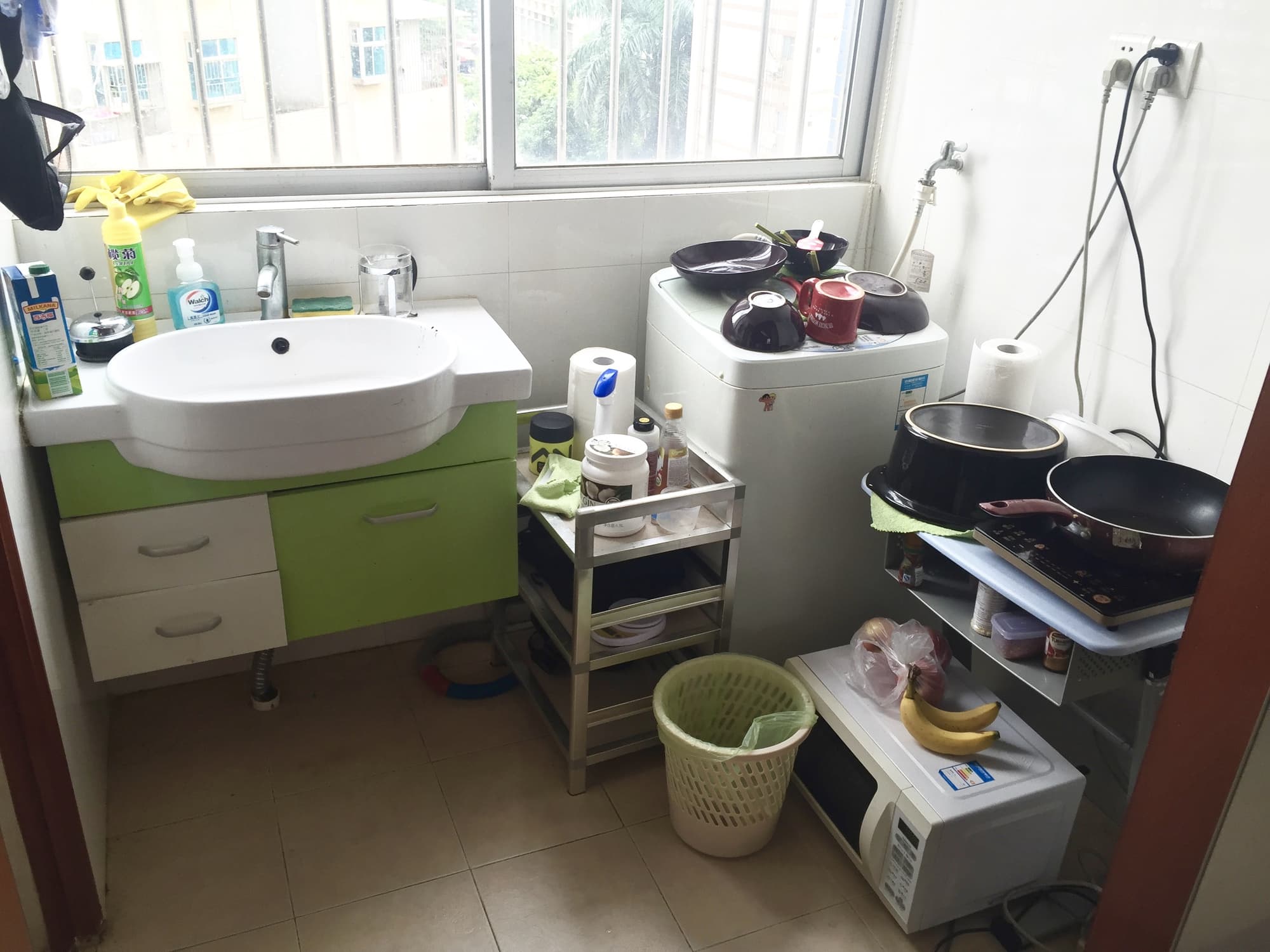 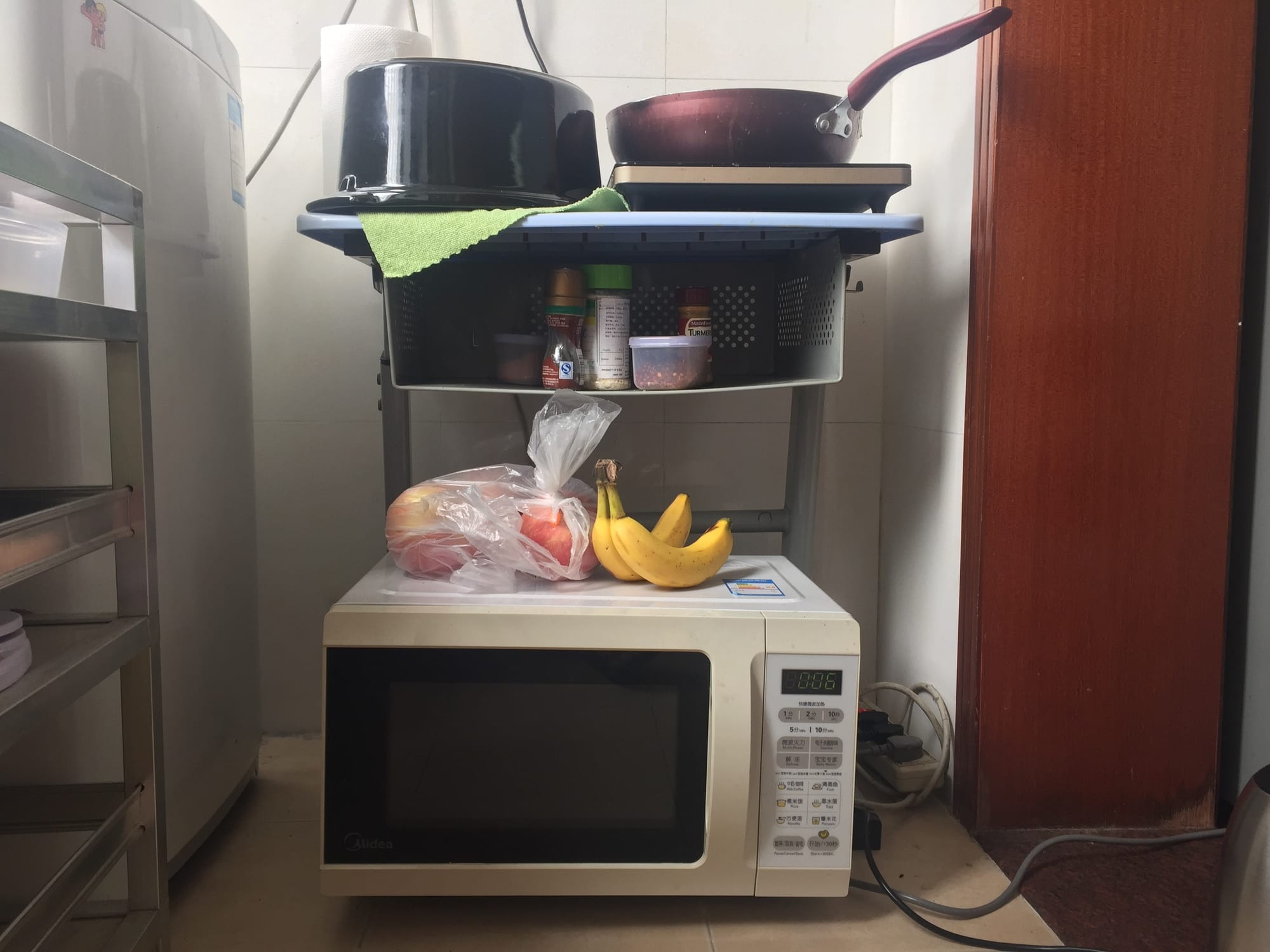 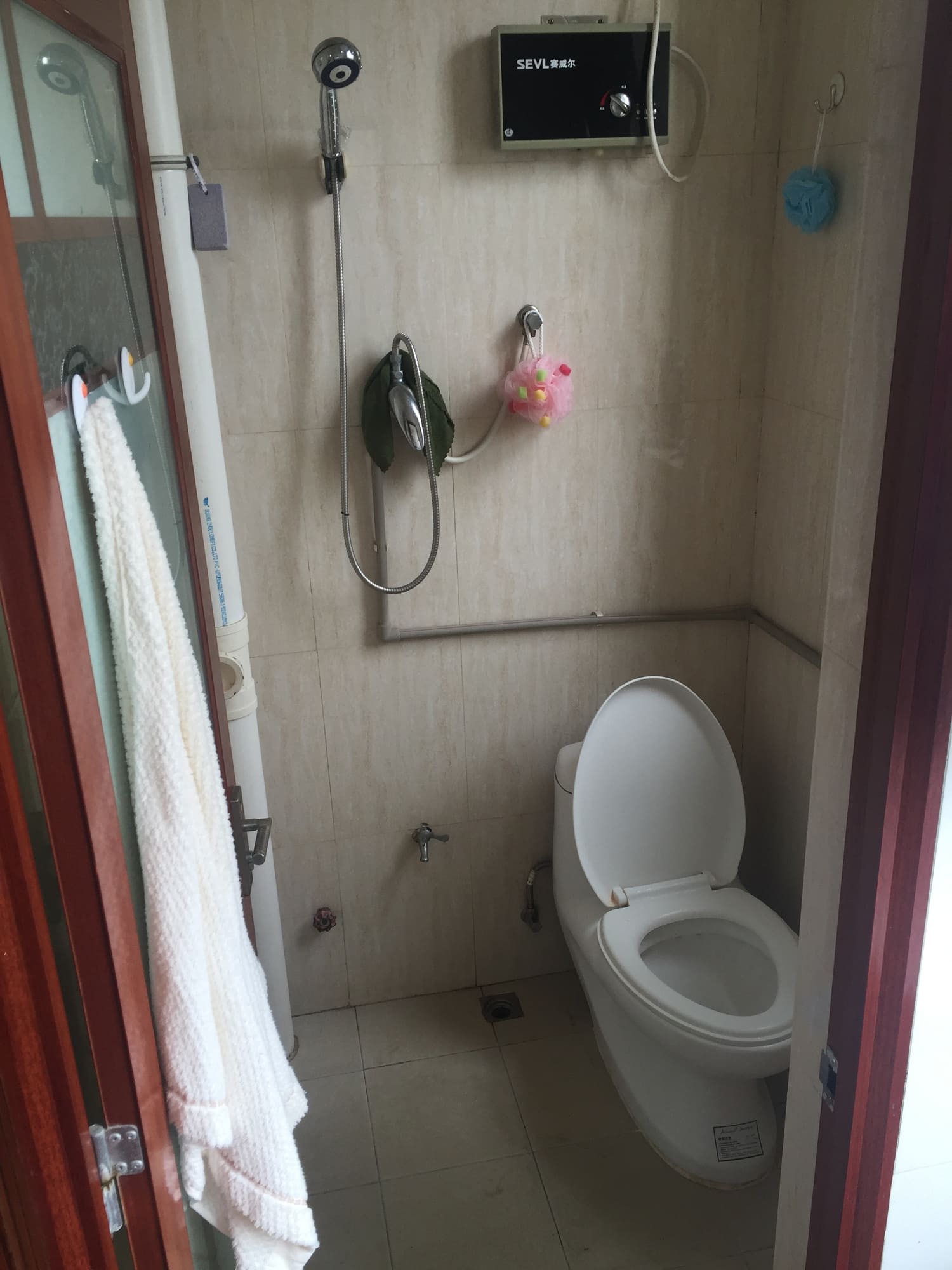 Living abroad in an apartment assigned to you could be difficult.  Or it can be a fun challenge and opportunity to get creative with your resources.  As long as there isn’t a bug infestation.  Roaches aren’t a cute fixer-upper.

Are you thinking about teaching ESL in China? Well, you should! And while you’re at it, get amped up to visit Western China with this 1-Week Western China Itinerary. 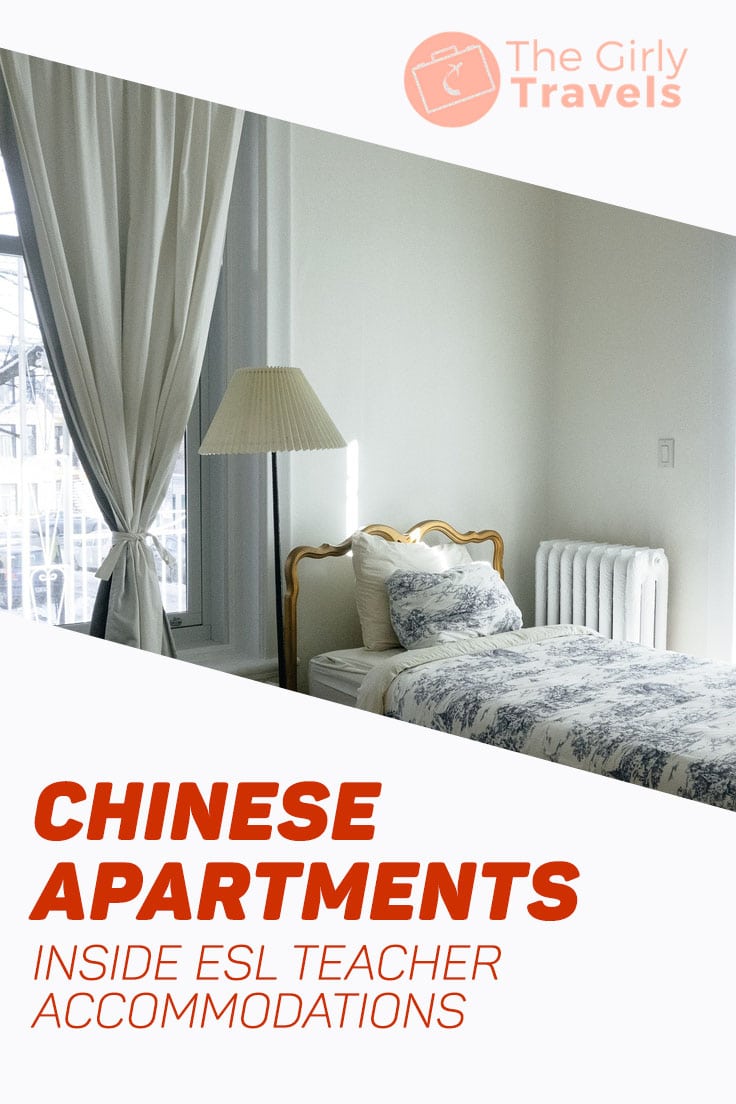